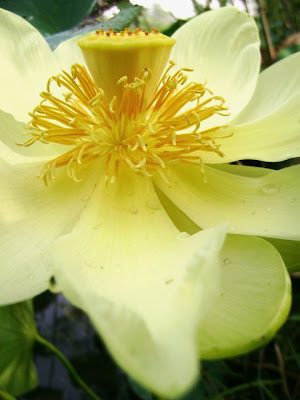 WHEN THE SUN STANDS STILL

“Now she is like the white tree rose that takes a blessing from the Sun: Summer has filled her veins with light and her heart is washed with noon.”
~C. Day Lewis~

June 20th, 2012 is the summer solstice this year, the longest day of the year for the Northern Hemisphere. It is more neutrally called the June solstice, since it is also winter solstice in the Southern Hemisphere. The exact date varies each year, some time between June 20th to June 22nd. Astrologically, the Sun enters the zodiac sign Cancer.

The yearly cycle of the Sun is similar to the monthly cycle of the Moon, summer solstice is equivalent to a full moon. The next three days (19th - 21st) can be harnessed spiritually to bring things to fruition or call on divine light for blessing, healing, and facing the dark. The first day of summer for half the planet, it is associated with abundance, fertility, and the sweetness of life.

The Sun has two important cycles, its daily and yearly movements:
At the summer solstice (June), the Sun reaches its northernmost position, appearing to rise more to the northeast and set in the northwest. It then moves further south, rising due east and setting due west on the autumn equinox (September), and reaches its southernmost position on the winter solstice (December). It then turns north, to restart the cycle.

EVERY EXTREME CONTAINS THE SEED OF ITS OPPOSITE

The symbolism of the eight directions (E, S, W, N, NE, SE, SW, NW) originates in the Sun's daily and yearly positions. For example, in vastu vidya, the Indian art of arrangement, similar to Chinese feng shui, temples are aligned along a northeast to southwest axis. This represents the polarity of sunrise on the longest day of the year (summer solstice dawn = northeast) and sunset on the shortest (winter solstice dusk = southwest). The northeast is sacred to Shiva and represents amrita vela (“the nectar time”) or Brahma muhurta (“God's hour”), the period just before dawn when spiritual work is at its deepest. Likewise, some Peruvian shamanic traditions recognize a southeast to northwest axis, the equivalent in the Southern Hemisphere, where the seasons are reversed.

Because of the Sun's daily motion, the east is associated with increasing light, the south with the most light, the west with increasing darkness, and the north with the most darkness. Paradoxically, many traditional cultures associate the summer solstice with the north, because of its position on the horizon. For example, Chinese emperors offered at the square Altar of the Earth on summer solstice, in the northern part of the Forbidden City. Although summer was seen as yang (“the masculine”, light, day, fire), the site itself was associated with yin (“the feminine”, darkness, night, water). In Chinese yin-yang theory, every extreme contains the seed of its opposite. As the longest day of the year, every day after summer solstice increases in darkness, until we reach winter solstice and start the cycle over again.

Traditionally the Sun has three periods of increased spiritual power each day, represented by changes in location and/or appearance: sunrise, around noon when it reaches its zenith, and sunset. Most importantly on a solstice day, the time of the event itself: 7:09 PM Eastern (23:09 Universal Time). Any of these times can be worked with through intention, meditation, or ceremony to honor this day of most light.

For information about gemstones traditionally associated with the Sun, see:

Gemstone Cures for the Sun